“Neither fire nor wind, birth or death can erase our good deeds” were the words said by Buddha and this has been proved in reality by Late Popi Bharali. She was an enthusiastic young environmentalist hailing from Dibrugarh, Assam. Born in the year 1974, 25th January she was the eldest daughter of Late Dr. Hemanta Kumar Bharali and Late Mrs. Amiya Bharali. 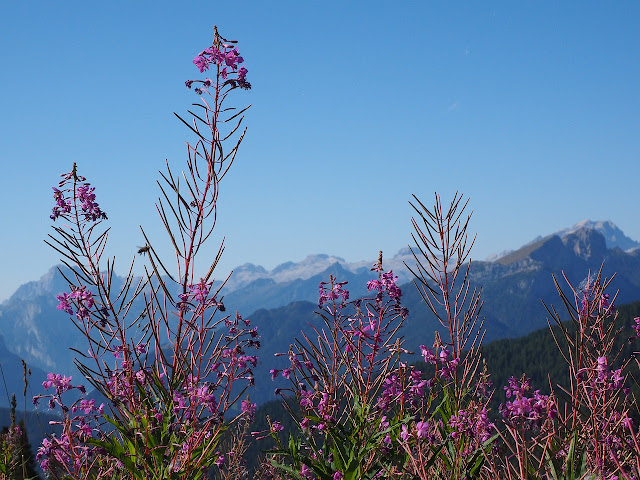 Miss Panna Bharali her younger sister says about her education and lifestyle that, “Ba (elder sister) loved nature. From her very childhood, she had an unknown attraction towards plants and animals as if she could understand their language. This undefined love towards environment made her walk down the dreams of her life of conserving nature’s beauty ‘Orchids’. Ba did her post-graduation from Dibrugarh University in Botany. She was the lifetime member of Indian Orchid Society and a renowned writer and a researcher. She established the society “Irab Kirab” back in 2003 under WWF India Society Act to educate people about the importance of environmental conservation. This society used to do street plays and educate children from schools the ecstasy of forest conservation.”
What is the meaning of ‘Irab Kirab’?
Panna Bharali says, “‘Irab Kirab’ is a Non-Government Organization specifically working on environment conservation. The organization was christened by renowned writer Mrs. Purobi Bormudoi (Sahitya Academy Award Winner) which has been taken from Bodo language and it means “Goddess of Forest”. The emblem has been designed by Mr. Tejendra Nath Gogoi.”
Late Popi Bharali was a true nature-lover. She was pursuing her Ph.D. from Dibrugarh University in Orchids. But back in 2001, she was diagnosed with ovarian cancer in advanced stage. After her diagnosis as if the zeal of working for the cause became more within her. Instead of the tiresome processes of chemotherapy and its side-effects, her dedication towards pursuing and living through her dreams increased day by day. Although sometimes her body wasn’t able to take the burden of work through her supreme self-esteem, she was able to achieve the unexpected.
What is the one thing that reminds you of your elder sister?
Panna Bharali says on that, “Ba’s positivity and the way she looked towards life. Even on her deathbed she composed poetries which were filled with so much of positivity that it can give the most demoralized person in the world desire to stand up and fight again. In fact, when I was diagnosed with breast cancer and was devastated it was her writings that had built up my self-confidence and given me the motivation to fight and live through.”
Popi Bharali’s family has been the epitome of positivity all throughout. After her soulful departure from this world on 19th April 2004 their family didn’t give up her good work. They stayed together and worked together to let her dreams survive.
When asked about the way they have kept alive Popi Bharali’s dreams of environment conservation Mr. Nakul Khound the Co-ordinator of the society answered, “She has gone nowhere. She is among us. The more we take a step towards biodiversity conservation the more we know she is happy and watching us. Even after she is gone she is alive through her motivations and good works which we have tried to keep on doubling in number every year.”
What are the programs being conducted by this society to raise the knowledge and love for the environment among the masses?
Mr. Basanta Goswami, the member and resource person of “Irab Kirab” said, “We conduct seminars and workshops related to Biodiversity conservation where school children and youth are mainly involved. Various types of cultural activities like Drama, Mimes, Songs, Standing demonstrations, awareness campaign through bicycle rallies are being conducted every year along with publications of literature like magazines, leaflets, pamphlets, folders, articles to educate people about the importance of nature in one’s life and conversation of it.”
Is “Irab Kirab” working on nature conservation only or there are other aspects of it too?
On this question, Panna Bharali said, “Going back to nature is what we always insist too. Nature has impeccable powers of healing any wound. Our organization gives stress to ethnobiological practices including traditional medicines, researchers related to this field and conservation of these oriented traditions of the ethnic community.”
Popi Bharali’s mother Late Mrs. Amiya Bharali also died of ovarian cancer a few years back. So Panna Bharali and the members of this organization even gives aptitude positivism seminars on how to identify the early signs of breast and ovarian cancer and to deal with them with utmost positive attitude along with proper treatment.
The members of this NGO salute Popi Bharali and her family’s indomitable spirit and dauntless courage. Dr. Anando Bormudoi Advisor of this society says, “We hail Popi and her family as an embodiment of all that is best in the human spirit. May their family continue to be an inspiration to the new generation.”
Panna Bharali now leads the society of “Irab Kirab” as a member and together they are fighting hard to let this love for the environment of her elder sister survive. Popi Bharali in her short life lived a life which has enlightened and is still giving inspirations to thousands of people.  The society is trying hard to bring to light India’s North-east rich Biodiversity as well as a mosaic of cultural complex of the different ethnic groups.

Ms. Joyeeta Talukdar - Senior Research Assistant, Kavi Krishna, GBP, IIT-Guwahati
Her field of specialization is Cancer Biology but loves to write the experiences of life and the various people counseled in her professional life to show them a positive way to live their broken up lives.
She has been rewarded with Visharad in Shattriya Nritya from Sangeet Natak Academy in the year 2006.
She has been trained in performing arts by Guru Shree Ramkrishna Talukdar and Mrs Rumi Talukdar at Nartan Kala Niketan and Dipti Nrityalaya.
She gives Demonstrative classes on Shattriya Nritya in various workshops held by Mrs Dipti Gohain and talks about the difficulties which the dance has to overcome to establish it in the International levels.
She has recently performed in IIDF-Hyderabad -2017, Abhiyakti Nritya Mahotsav in association with ICCR,Delhi-2017. Her dance was greatly appreciated by the critics as well as the audience.
Abhinaya and story-telling through dance is what she portrays the most. Her motto is to spread the knowledge on Sattriya Nritya with the scientific perfume of performing arts in it all over the world. She believes, “Every Dance form has the essence to connect with the Almighty and although the taals and language may be different the feeling is the same”.
She Maintains a Blog- http://verseslife.blogspot.in/