Pastel Shades: The Touch of Timelessness

Spring 2019 runways proved that pastel is the go-to color for this season. It takes no rocket
scientist to understand that it is the new trendsetter. You must be wondering where did pastels
come from all of a sudden? Well to speak of the fact, pastel was in the fashion industry from the
early 17th century. Back in those times, pastel painting was popularly associated with Baroque
and Rococo styles and it is during this time that pastel became fashion itself in the fashion
industry. 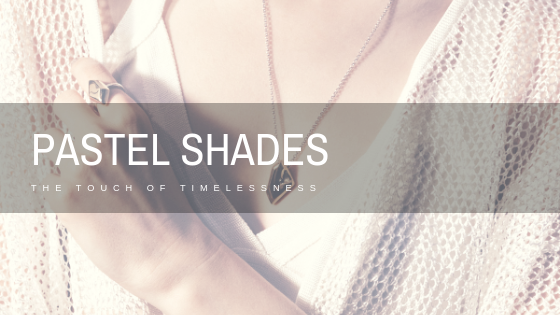 Since then, the journey of pastel in the fashion industry has been fascinating. The term pastel
fashion has a different meaning to different people, some associate pastel color with happiness, some say it defines one’s mood and personality while others say that it represents the mental state of a person.

Pastel colors were synonymous with mediums like chalk for the artists during the time of the
Renaissance. To come out of the umbrella of any chalk-like medium pastel color took its own
sweet time. It was later in the 18th century that pastel color got its recognition and began to be
an essential character in dresses because it conveyed the same message of ‘lightheartedness’
just like it did in art.

This created an impression on the mass and pastels on dresses were in demand till the early
19th century. On the other hand, the second half of the 19th century wasn’t dominated by
pastels as a more significant mass owned such dresses as compared to the early 18th century.

It was in the 20th century that saw the rise of pastel color as the seriousness of World war could
only be nullified by the bright shades of world war. The stage was set for pastel colors to rule
the fashion industry in the means of not just clothing but also in the colors used almost everywhere
color had its uses. This is one of the primary reasons that people associate pastel colors with
bright colors. It uplifted the mood and could make a heavy heart light with its shades.
Jude Stewart puts it, “all color trends are cyclical….(but) how anti-modernist pastels are”.

This perfectly justifies the fact that pastel colors were, is and will be the color of lightheartedness
and joy because the salient feature of pastel is anti-modernist. This makes pastel timeless and
the go-to option for this generation, which believes in keeping it real and polished.

This is the evolution of pastel in simple words is according to a timeline that denotes the
beginning of pastels and how it became trending in the fashion world from merely being chalk-
like medium. But the real question is, can this be called a revolution? A revolutionary process
has taken pastel from the canvas 17th Century to the Runways of Summer 2019?
Labels: Society