Sunday was quite fun as I visited the Day 3 which was also the finale week of India Runway Week at Thyagraj Stadium. My love for fashion is not known to many but you all know my love for stories. So in hunt of new stories and for a greater insight into the fashion World, I headed to the IRW, which is an upcoming name in the Indian fashion scene.

Of all the shows listed on the schedule chart, the one which caught my eye was Akassh Aggarwal's theme. So Akassh is a famous jewelry designer and his show's theme was  “Changing Phase Of Feminism”. Interesting, I said to myself and went ahead to the show. Must say, the room was jam packed. Such was the buzz for his show.

The showstopper at his show was none other than actress Swara Bhaskar who stunned us all with a heavy jeweled look from Akassh's new collection. I liked its name, "Tribe Vibe Collection."

The philosophy behind this was Bohemian Self Love, a portrayal of women standing up the society which has always looked down upon them. Even the designs somehow gave you that rebellious, upright feel.

Akassh himself was all beaming and I must say, his vision is truly commendable. To put up with such theme for story sake is much easy. To put it into an art form like jewelry is much tough. But his expression of his social beliefs through his work was quite impressive.

The collection is Vibrant that goes well with the depiction of PEROI's Old Tribal Art and Jadaufine techniques in filigree motif, stamped lightweight metal sheet work, embossed 3D and Metallics Gold & Silver with ORGANIC Gemstones like Turquoise, Coral, Pearls and Lapiz Lazzuli. An assortment of Multiple Accessories variety gave the collection a versatility to be worn on ethnic as well with modern wear. 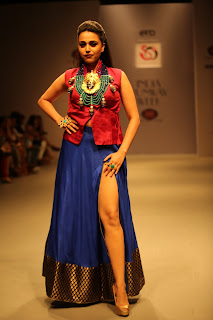 Indian women are now defying old age traditions and establishing their name in the society. If Akassh'smotive was to pay tribute to these bold and fierce women, he definitely succeeded in that. The thunderous applauds at the conclusion of his show clearly stated that. 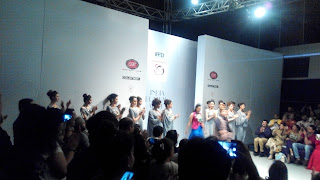 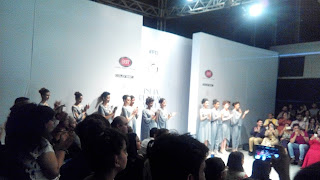 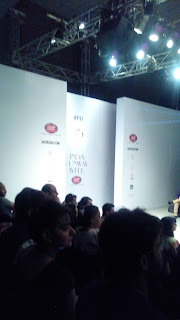 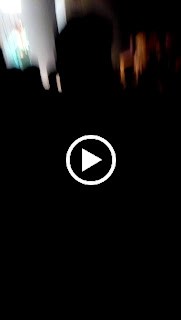 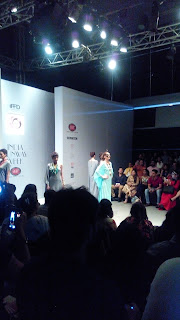 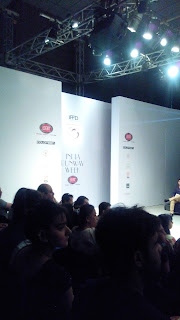 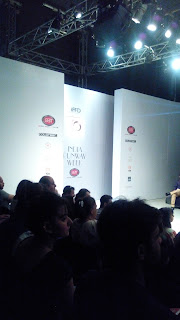 All in all, it was a great show and an experience in itself. The hard work put in by the designers and the team showed and essence of fashion with a meaning was clearly shown. 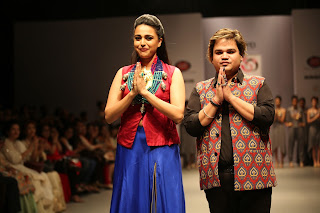