Once I was walking across chicken market and saw how they kept chickens in that market. Hundreds of roosters and hens packed tightly in wire-meshed cages, packed tightly like worms in a belly, peaking at each other, fighting for breathing space. The whole cage giving off a horrible stench, stench of terrified, feathered flesh. Above the rooster coops sat a butcher, showing off the flesh and organs of chopped up chickens, his knife still coated with dark blood. The chickens below just watch the blood and the remains of one among them. Each chicken helplessly saw the butchering waiting for their turn. They know they are next. Yet they do not rebel. They do not even try to get out of the coop. 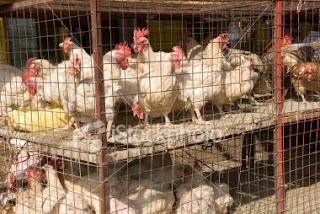 The same very thing is done with us in our country. Observe the roads when you get time in crowded city. Observe those people who are not as privileged as us. Take a rickshaw driver, a chauffeur, a daily wage worker. They have one routine each day that s working for their masters. They don’t know what booming economy is, they don’t know what politics is all about they don’t know what terrorism is, they even don’t know what change we want to bring about. For them it’s only about those bread and butter for them and their family. They are caught in that rooster cage, they won’t rebel, and they won’t even try to get out of it even if they are exploited only because by doing so they lose their bread. 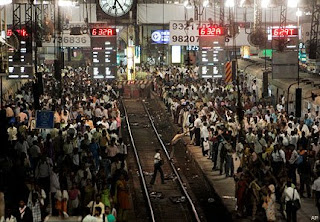 They are just too afraid and in a way helpless just like those roosters. Never before in human history have so few owned so too many. A handful of men in our country have trained remaining 99 per cent which are as strong, as talented, and as intelligent in every way to exist n perpetual servitude; servitude so strong that you can put the key of his emancipation in a man’s hands and he will throw it back at you with a curse. It s not their fault, my family has been working for upliftment of such man and believe me they even don’t know what a good life is. They see at us and don’t have the feeling of fellow country man but they curse us and believe that it’s because of people like us they are suffering.

Second question is can we as a country break free from this rooster coop. yes we can but we need bold steps, we need that change, yes in our political and judiciary system but before that in our own mind set. We need to stand up in our own life’s and try to remove this inequality on our daily basis, this inequality among society is eating our country away and we need to stand up and become a white tiger as described by Arvind adiga in his book.
(inspired by the book WHITE TIGER)

cross posted on In an uncertain world
Labels: Guest Posts

Tan said…
Take a Bow, Jack ... for what you have written was known and understood by everybody, but none talked about it - not a single one did say anything on this ... How hell bad, isnt it?

jack said…
oh ya its high time we think over it, because if we don't do something about the inequality persisting in the society we would never be able to create India that we want..

see .. the way i see it .. we have never been one country historically .. .. i hv said this before .. closes we came to being one was under Broitish India .. .. then we united for a cause which was noble apparently .. our freedom .. and we fought them non-violently for 60 odd years and then the day we gt independence we got divided and became bitter rivals ! so where did tht unity go ?? in a day ??

see the way i see it / tht strugggle to was motivated by the intent of a selfish interest .. "my freedom" .. it's still the same .. we are still the same essentially .. not bothered .. not cponcerned .. while we get an adrenalin rush over sensationalised events like mumbai attacks etc.. many hardly know about problems tht plague various other regions in our country... to each his own ..
the point is .. while ur intent noble ... in the present scenario will be futile ... we are an egalitarian society by the book(constitution) the day we are egalitarian in spirit .. you wont find that cage .. and u wont find roosaters ...
February 21, 2009 at 10:14 AM

Kartz said…
Quite an interesting analogy drawn, there...

** Who created this rooster coop?
- Well, we brought it upon ourselves. Our said equitable nature comes to the fore like a meteorite that burns out upon entering the atmosphere; lasting all but a flash. Case as in point, our independence, as pointed out above,

** Why is it working so effectively..?
- Well, we are not quite bothered, are we..? I mean... That's how life has become. I guess our *adaptability* in staying *cooped* up is praiseworthy...

Yes, the 'sab chalta hai' attitude has definitely taken things from bad to worse. We, as a nation, have become rather indifferent to a plethora of issues. Women don't report rape / molestation cases, people have accepted attacks / bomd blasts as a part of life, even those who claim to be highly principled do give in to corruption and bribery, if only for the sake of their near and dear ones...

There definitely has been a change. But not one that was _desired. What is needed is a pro- active change and not a recative one.

Razzer said…
Hey Tan, Thanx for dropping by and appreciation.
For ur curiosity..I call my blog a Utility blog.
The purpose is simple. To have net users come over to my util blog and get connected to various sites that they may or may not know by name via links that I have set up as easy recokners for them and to discover new ones that they may like.
Also,they can check out new bloggers such as urself in the category 'Rocking bloggers'. The button 'someone new' takes u to a random blogger.Isn't that exciting ? Cuz u never know which corner of the world that button will take u to and who's blog u mite discover and maybe get friendly with that person later on.
So all the net users have to do is remember just one site name - http://helllottalinks.blogspot.com/. (mine)
Oh and it's all FREE.

Oh and sure, Id love to add u in. Which blog of urs wud u like added in? Lemme know.

Anonymous said…
wonderful comparison there Jack.... a man whose every single penny is important for his daily life.. how can he think about the economy or the the problem this world facing... its all the job of whom above him/her.
February 22, 2009 at 7:11 PM

Tamanna said…
Err, I think you stole this from 'White Tiger' by Aravind Adiga.

The idea of a rooster coop is central to his story, and you've lifted his words almost verbatim, without any credit.