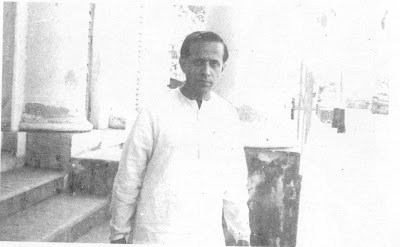 Jyoti Basu, veteran Communist Party of India (Marxist) Leader and the path finder of Communism in India has left for heavenly abode this morning. He was 95 years old. He was ailing for a long time and was fighting hard, until he lost his final fight to multiple organ failure and passed away today (Jan 17, 2010) at 11:47 AM in AMRI, Kolkata. 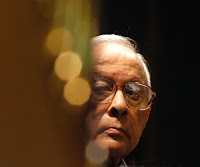 I never met him; I remember going to mass addresses of other leaders and Prime Ministers of India when they used to go to Agartala, but I don’t remember of going in any of his gatherings. Having said so, Jyoti Babu has always had a lasting impact on the people of Tripura. Everyone in the state always looked forward to Jyoti Basu and his contribution towards development of Tripura. The state being only the third communist state in India, was very close to Jyoti Basu’s heart.

Jyoti Babu, was the longest serving chief minister of West Bengal (and the country) and he served for a period of 23 long years, since 1977 till 2000 when he left all public appearances. In 1996, when the NDA government was going to form, he was requested to become the Prime Minister, to which the CPI(M) party disagreed. Basu later called it as, “Historical Blunder” for the communist party and the communist ideology.

steadily pronounced the name of Jyoti Basu. Thus was the impact of the pragmatic leader. He had a long political career of 60 years, since he came back from London in 1940 and joined the communist party in West Bengal. He was a London returned barrister and could have earned a huge fortune for himself in those times, but he chose to serve the people and took to politics.

I know how much my father is hurt today. I talked with him the moment I heard the saddening news. He would not shed tears, but deep inside, he would cry rivers today; for he has seen Jyoti Babu from close vicinity and have known him since long. Same goes for my father in law. I talked to him too. They pretended to be sound and tough over the phone, but I know – I know what is going through their hearts and millions of communists and Bengalis in and out of Bengal.

I wish I would have known the leader more closely and could have learnt something from his ideologies, but life never gave me that opportunity. Now that he is no more with us, I would not get the opportunity ever again. I am happy that I lived during his lifetime – I’m honored more!

As a last gesture towards humanity and the cause he lived for, he left his whole body for medical and scientific research. This tells the story of a man, who lived for the people and when he died, he was only thinking of his own people.

And more respects to him as I just learnt he used to read Wodehouse to chill off at times... Now's that's really some open mind for a Marxist!!