On Sunday, IndiBlogger organized a blogger's meet at The Lalit at New Delhi. It was supposed to be a networking event and a product launch. Need I say this? That IndiBlogger people are great at organizing such meets? It was the first time I saw them using the bar code kind system where we got the passes via email and the code was scanned by the guys at the even. Simple, innovative system to check you in. 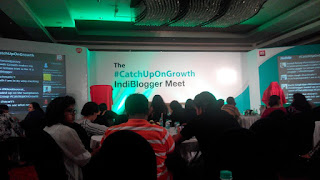 The even kicked off with lunch. The sumptuous feast was a good time to interact with old blogger buddies whom I had met at previous such meets. These included Pankaj, Gaurav, Tarun and others. Also meet a new blogger Rachit, a young blogger who blogs about content marketing. 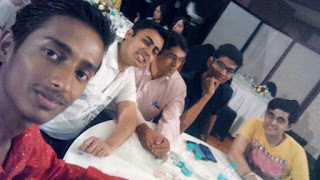 Post lunch Anoop opened up the session with a fun game. It was to introduce yourself and pick a number from 1 to 10. ( No.3 interestingly never came up, I was thinking if I got a chance, I would say no 3). The program continued with a session with experts on growth and nutrition issues. This was quite interesting but focussed mostly on diets and growth for children. It was moderated by Natasha Badhwar and the panel included Dr Rajiv Chhabra from Gurgaon, Dr Jyoti Batra and Ms Satinder Kaur. Dr Chahbra was quite direct and frank in his sayings and the other panelists were good as well.The discussion around how much milk should we consume and its inclusion in our diet was quite interesting. I remember having a similaar discussion with some one else as well, the other day.


Next was the marketing lead from Horlicks, Mr Amaan Khan (whose voice as Rachit noticed was remarkably similar to Farhan Akhtar's). he gave a detailed presentation and unvieled the product. We tasted it as well. It tasted great.

We had a small break for tea, after which Anoop led us to a human shuffle like we shuffle cards. Teams were formed, a contest was announced, an updated version of the old mad ad game. Where in props were provided to each team to make a video. Results were declared later. Team 7 won. I was in team 1. I played a part of a bully in our team's video. Could you believe that? 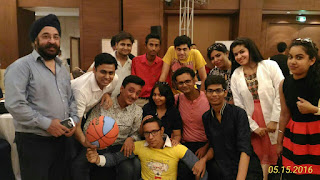 All in all a great day, a good event planned by Rennie and the team. Met some wonderful people (Bloggers are great people, I always say) and the session on health was cool too.
Labels: Blogosphere