This day 10 years ago 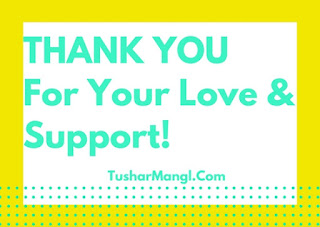 It is a decade now since I started my first blog, My Musings in October of 2006. Over the years, it has transformed into different avatars, some successful some not, but my effort to blog has remained as eager as ever.

In ten years, the blog not only changed names or URLs at times but also its themes and genres. It became the launch pad for my first story The Thakur Boy which I wrote in 2007.  The Avenging Act also became possible due to this blog. Whenever I am about to do something new, I like to come back here, the comfort place for all things creative for me.


So many people ask me, how did you manage so far. Several bloggers drop down after some time of beginning to blog. In my case, blogging gave me a life I had never known. I never knew I could write stories. I still can't believe I could even attempt to pen poetry (hence I named my poetry collection as The Reluctant Scribbler).

There have been a variety of lows, including declining readership with advent of microblogging and vlogging. People have often criticized my style of writing which still bothers, but not as much as it used to before. Then their is the tinge of guilt for not paying much attention to the blog. Not being as regular I hope to.

Believe me guys, this was not easy. I have been always too close to give up, yet held back. I don't know why or how. But somehow I stuck around.

I like to believe that it all became possible due to support and love of my friends and readers, who always stood by me. I am still taken aback, hearing compliments from them. I might not name you guys, due to reasons of laziness but you know how much I appreciate your being in my life (The list is pretty long, so I am skipping the naming thing).

Thank You every one.

So what next? Well I have always believed in trying out new concepts, new things. A guide book on content writing has just been released and now I am on Udemy too. Next, a couple of stories are in the pipeline, which I hope to finish my February. (At least one of them). The blog would itself see more emphasis on finance and investments, along with ongoing themes of politics, books and self.
Labels: Scribbles