Unveiling of Nelofar Currimbhoy's second book “Eyes of the Healer”

Nelofar Currimbhoy along with Bloomsbury her publishing house hosted an evening soiree to celebrate the unveiling of her book “Eyes of the Healer”. The theme of the book set the pace and the aura of the evening. There was an unmistakable enchanted feeling to the party that took place at Long Champ, Hotel Taj Mansingh. The highlight of the evening was a Chapter of the book read out in the resonant voice of Actor Kabir Bedi in the presence of, Theatre Actor and Lyricist Piyush Mishra.The guest list was extensive Maneka Gandhi Nelofars L.S.R. alumni, Mrs. Salma Ansari wife of the vice-President of India were among the guest of the evening.

The evening also revealed the potential of the writing and the many shades it could take. A dance performance by Preeti Jaideep Mehta to lilting music as a backdrop to two chapter of the book read out was a sensory treat for the guests. It was Composed by Rajiv Choudhry.

It was also a revelation of Nelofar's multifaceted creative interests, with the showing of a surreal audio-visual choreographed by her to symbolize the poem.

Eyes of the Healer is a saga in verse that holds you spellbound with its engaging rhythm of words and narrative. It is the story of Govinda a young man who challenges the boundaries of the mind, to soar through the spiritual Universe in search of divinity and his muse Maya, a devoted young woman who spins her universe around him and redefines the fruition of love. 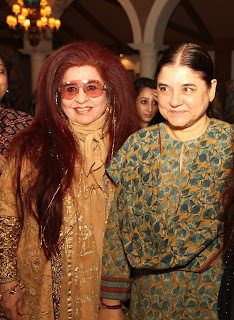 With Eyes of the Healer, Nelofar Currimbhoy guides the reader through a landscape that resonates with palpable human emotions.  With surprising and unsettling detail, Currimbhoy pens a story of human fragility, of love and temptation, of spiritual journeys through limitless realms. Eyes of the Healer is a saga in verse that lifts our transcendent souls past perfunctory existence; a testament to our infinite potential. A book that will stay with you for a long time. 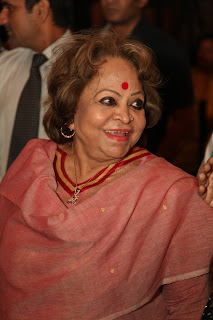 Salma Ansari, wife of the vice-President of India unveiled the book

'Eyes of the Healer ', is indeed a unique piece of work and perhaps may not have a parallel in Indian English writing. This is an extremely individualistic form of writing, experimental in nature, it is a brave attempt at a time when popular fiction is the order of the; here is an author who has written not for the numbers but simply to connect to her inner soul and her creative limits.  Interestingly the writing adapts to Indian dance forms and has in it the makings of a dance drama. That is in fact how Nelofar hopes to see it eventually. If wishes could be true, perhaps off-Broadway someday. With its deep spiritual note running through the narrative, it is not surprising that the word ' prayer ' comes up repeatedly in comments from those who have read it. Reading Eyes of the Healer is a spiritual experience. It is not a book that you put away. It will stay with you for a long time. 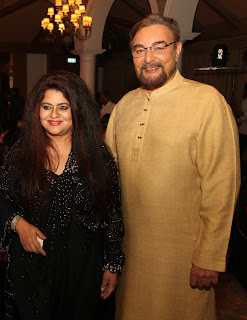 Clearly, Nelofar Currimbhoy has arrived as a writer and there will be no looking back for her. Her next project is a play ' Main Hoon,' will find a deep connection with every woman. Her major fiction book is simmering for some time now but she estimates another year before she puts the saga love story into the world. Yes! There is still more a light comedy and plenty of Hindi poetry. Being from Lucknow I am absolutely bilingual she says. I also believe deeply in the Indian Languages. I have been published in Malayalam, Hindi, and Bengali. I really would like everyone to be able to read my writing.

The Corporate side of the Author

Nelofar Currimbhoy is presently the President of Shahnaz Group of Companies. Having walked the journey with her iconic mother through every step of the winding path to success Nelofar’s role during the company’s formative years has been exponential and proactive in ensuring its future growth. Nelofars interest in Research and development is a well-known fact and she has created the company’s highest seller the 24 Carat Gold range, the Pearl Cream and an extensive range based on Floral Remedies.

Apart from her interest in Ayurvedic formulations, Nelofar’s strategic and leadership skills along with her people management techniques make for an excellent natural inheritor to her mother’s legacy. Her operations management skill and market insight, coupled with an innovative mindset, makes her an excellent entrepreneur. She is widely appreciated for her relations with the brand’s distributors, retailers, and clients. She considers human relations an important. How does she envisage her role in the company her mother created? ‘I would like to hold my mother’s dream and take it to its ultimate. I would like to add my own dreams to it. My Best is yet to come as a professional and as a writer.' 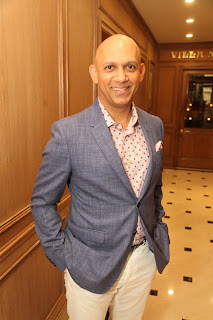 Mr. Nadir Patel, The High Commissioner for Canada to India at the book launch

Nelofars has been a committed philanthropist through most of her life. Her work in empowering women in becoming independent motivated and educated is an intrinsic part of her life and she runs two NGO's Bridges Connecting Women and Bridges to Artisans which operates a site to connect artisans directly to buyers.    She also works closely with The Tibetan Foundation, run by His Holiness the Dalai Lama’s sister who she credits as being the guide who lead her into philanthropic work.
Labels: Books