In this hardcover edition of Vijay Kumar's debut book, the reader is taken deep into the mysterious World of Art thievery. The nonfiction book could have very well been a thriller genre fiction about how a handful of volunteers team up to counter millions of dollars worth racket involving stolen art and artifacts. 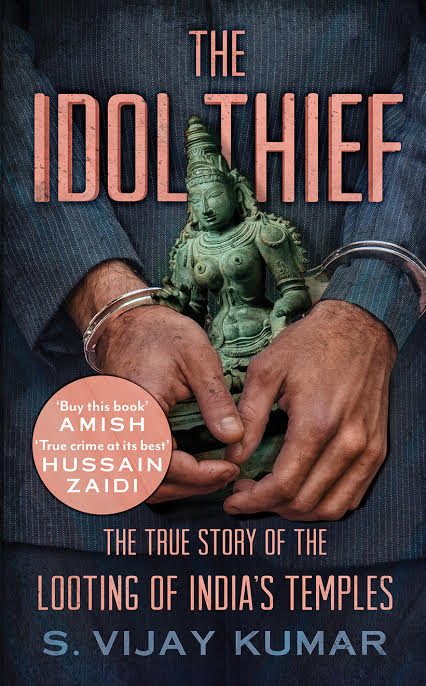 More significantly, here we are talking about idols of Gods and Goddesses stolen from temples located in Tamil Nadu, a southern state in India. A well-oiled network of thieves, art dealers, businessmen aided by a complacent and apathetic government, managed to loot Temples of their prized artifacts, especially those which are like centuries old.

These were then exported abroad to be sold to fancy museums and art collectors. Yes, people like to buy Gods too! For their personal collection. What probably they failed into account was a group of proactive individuals, connected through the internet, unraveling this at times unintentionally and unknowingly as to what they were getting into. Their zeal was matched by a few individuals in the government investigative agencies who were doing a good job at their posts.

S. Vijay Kumar has been at the front of this mission. Being a blogger, he started writing about this and eventually became the face of the movement which unraveled the international art smuggling ring led by Subhash Kapoor. He owned an art gallery which sold and distributed art to wealthy buyers and museums, which threw caution to winds while purchasing such pieces completely against norms.

But as I was reading this gripping book, it dawned upon me, that how it is a story of one State in India. Since Independence, Indians have systematically plundered their own heritage by facilitating the sale of the priceless heritage left by our ancestors.

This story revolves around the Chola Artefacts. I am sure there are many other networks which need to be exposed.
Labels: Books