Anand’s creations, The Dark Soul and The Chanting Jack, wows the jury as they are adjudged the best cocktails among all

New Delhi (India), February 20, 2020: The hunt for India’s best mixologist came to an end as Hyderabad-based Chapay Anand from the bar Zero 40, Hyderabad was named as the winner of the American Whiskey Legacy Cocktail Challenge 2020 in an enthralling and nail-biting finale. Held at the Delhi’s The Playground Bar at JW Marriott, Aerocity, Anand’s recipes won the hearts of the judges and the audience alike to come up trumps against cocktails of seven other finalists, some of the finest mixologists of the country. Mumbai’s Om Chauhan from Aer, Four Seasons and the only female mixologist in the finale, Arati Mersey from Byg Brewski, Bengaluru were adjudged the first and second runner up of the championship respectively. 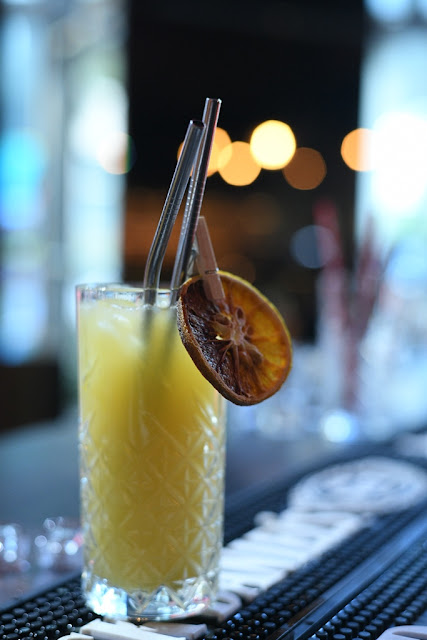 The fourth edition of the challenge saw participation of over 250 mixologists from the best outlets and bars across the country and out of which eight of the topmost wizards were shortlisted for the grand finale. Their creations were judged by a set of three juries consisting of industry experts including Yangdup Lama, one of India's finest and well-known mixologist; Gautam Bhimani, commentator, author and  spirits connoisseur and Vikram Achanta, CEO and Co-founder of the popular portal Tulleeho.

Chapay exhibited great craftsmanship to present his signature cocktails and stole the show with his creations The Dark Soul and The Chanting Jack, the monikers of his cocktails derived from the expeditions he goes on to.  He wanted his cocktail ingredients to be sustainable with zero waste. Though it was initially a challenge, after several trials he succeeded in making a balanced and tasty cocktail.

“I am on the top of the world today. I am elated that hard work paid off. I would like to dedicate my award to all my co-contestants. I worked in a beer brewery so I decided to use that and mix them in my cocktail in the form of the stout syrup in my cocktail. The idea was none of the ingredients should go waste as I completely understand the importance of food. I am a biker as well and I often go on treks and rides. We have got stuck in many such places, where there is limited or no food available and our prayers only helped us to get out safe from such places,” said an overwhelmed Anand.

As part of the grand prize for the competition, he will now go on an all-expense-paid guided tour to the iconic Jack Daniel Distillery in Lynchburg, Tennessee, and the Woodford Reserve Distillery in Versailles, Kentucky, US to learn the nuance and craft of whiskey making.

Vineet Agrawal, Marketing and Commercial Director, India Area, Brown-Forman Worldwide LLC said, "While having whiskey straight up is certainly one of the most traditional ways to consume it, whiskey cocktails have also been a part of popular culture for a very long time.  In fact, some references state the classic Old Fashioned cocktail is so old that it was called an Old Fashioned even 100 years ago!  As more and more Indians travel the world, they are seeking experiences which are authentic and have a legacy of craftsmanship. Our goal with this competition is to provide a credible platform for these talented mixologists to experiment and create unique recipes using our American Whiskies and showcase them to a wider audience. The talent that we saw in the finale promises a great future for the cocktail culture in India."

Yangdup Lama said he is elated to see how the mixologists have become aware about their environment and using the home-grown products and making zero-waste cocktails.  “I have always given precedence to how the contestants are using ingredients in their cocktail and full marks to Anand for excelling in the competition. This time I have seen a lot of the contestants using their home-grown products. People used their own syrups and tried to be as natural as possible. All eight of them had something of this sort in their presentation,” he said.

Added Vikram Achanta, “This time we had a talented lot. The best part about them is they are very much aware of the environment. They have presented extraordinary talent of making the waste products sustainable when it comes to alcohol.”

It all started in October 2019, when more than 250 applications were received for American Whiskey Legacy Cocktail Challenge. In the first round, the Top 100 were selected among these based on their recipe and the inspiration behind the cocktail. In November 2019 during the second round, the Top 50 bartenders were selected for Round 3 based on the practicality of their recipe, the creative thought behind it and the story inspiration for the concoction. The 3rd round involved an actual on-ground test for the top 50- where they presented the cocktail to consumers at their respective outlets for a period of one month, and among these the top eight finalists were chosen based on actual response from consumers.
Labels: Press Release