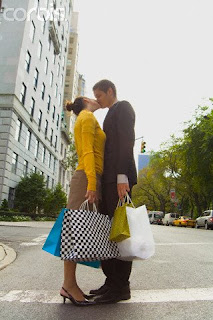 I've never really understood infidelity. being the principalistic kind, it never made sense to me but then i have realized in due course of time, right or wrong for whatever reasons; infidelity is not that rare it happens every now and then, most relations suffer these phases when one of them cheats on the other.

what i want to ask is when a person cheats on his/her spouse doesn't one weigh the consequences? i mean a marriage of many years can break, a relationship can fall apart, if there are kids they get affected and what about the whole world who jeers, laughs and looks on, being specially harsh on the one who was being cheated on?

Suppose the person who had cheated on his/her spouse, is being confronted by the issue? how should that person react, according to you? should the person confess and ask for forgiveness or should the person just avoid the whole issue hoping it will die down? 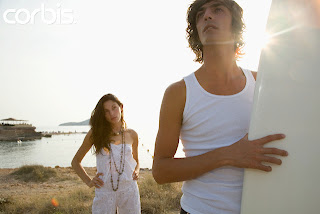 If your friends are faced with this problem, [where you are the third party and you are indirectly involved in this issue and will suffer the consequences too] You suspect one who is closer to you, is cheating your another friend [his wife] you know the fate of children are at stake, even if they are old enough now they are bound to be affected. and your friends wife is unwilling to forgive and forget and your friend refuses to admit to the whole affair even if there are enough witnesses. the relationship seems to be heading to an end.what do you do? you dint want the relationship to break, nor do you want the kids suffer, you somehow are in a denial of your friends infidelity and neither can you live with the guilt on your conscience that despite he being your friend he was wrong yet he lied to get away with the crime he has committed.

what would you react to this given situation??

this is an idea i got while watching some abstract movie... would really love your feedback's in this given situation...
Labels: Guest Posts

i loved this post, i mean this is one issue i despise most.

n like i said, i feel its more of psychologic than anything else.. ppl go out of their marriages cuz they aint satisfied, n this this dissatisfaction doesnt necessarily comes from the partner but the persons' his/ her own mindset...
January 3, 2009 at 2:42 PM

hitch writer said…
I just came upon your blog and after reading this rather sensitive topic i dont know what to say...

Si_Lee said…
hmmm .. i guess dilkabbadi also had a similar theme ... and personally the movie sucked ..
How i would react to this situation if i was the third person was .. i wud keep my trap shut .. theres a line you dont cross while dealing with someone else's relationship .. advice is fine .. but beyond that when it comes to action really it has to come from the two who are in the thick of it ..
January 3, 2009 at 4:19 PM

Akansha Agrawal said…
Well as the name says, you are the third party, so keep your mouth shut till you're asked for advice... And if asked, you can weigh the pros and cons I suppose and then give suggestions, but ultimately it's their life, so leave it to them, no matter how close they are to you...
January 3, 2009 at 5:54 PM

Unspoken said…
I'd resist being judgmental and blame one or the other party in the mess till I am asked and I am sure that I am informed well enough to comment.

Relationships hardly ever exist in a straight line, they are much more dynamic and a function of many factors.
January 5, 2009 at 12:38 PM

Dewdrop said…
Relationship is such a sensitive and delicate bond - needs to be nurtured with trust... Have touched upon this in http://steamingcupsofcoffee.blogspot.com/2008/12/radha-kaise-na-jale.html

Tushar Mangl said…
Why haven't i commented on this post yet???
Anyways welcome to the blog. It's good to have another principled person here :-)

Well these things you mentioned, depends on how close you are with your friends and how much you can share. Like Descrying the shadow says, limits. It all depends on it.
Infidelity is a bad idea, but what will happen to the children when they learn that their father does not have his heart on their mother but on some other woman?
You cannot control one''s feelings. Can you???
If you do, the person would grow unhappy or uncomfy which would then impact the family again.
Another thing i would want to say here that you cannot run away from this problem, so better face it.
January 6, 2009 at 6:30 PM

Anonymous said…
Hi! Cheating is a very complex issue. It is multidimensional. Mainly it would depend on why the person is cheating. Principles are great but then somewhere we all believe that we have no control when love happens (I atleast do) Did the relationship die bcas of the cheating or did the cheating happen bcas of the the relationship died? Was this the first instance of cheating? All these questions do matter. No, Im not trying to defend the cheating. But why it happened is also important. Cheating has soo many forms. Just bcas the relationship is physical is it cheating? What if there is only emotional attachment? So many questions...

If I were the 3rd party and ask the person why did he cheat? If (s)he is really sorry then I would ask (her)him to confess to (her)his spouse or else, I would go ahead and tell it to the partner for sure. When one person doesnt value the relationship what is the point?
January 8, 2009 at 8:54 PM

Well, as a third person, better to stay mum. And if asked for advice gotta think of something rational - for the well being of both the parties involved.

Personally, yes - infidelity is despicable. The very thought of it. But sometimes, in the real world, we do not have control over our sense, do we...

And yes. As DTS above pointed out, Dil Kabaddi followed a similar theme. Movie sucked, but it did carry a message...

Anonymous said…
http://www.architectsban.webs.com as http://www.seekangroup.com Read more about Green eco architectural designs are reusable materials, green designs etc.. ..… Create an Eco friendly Green design… Save Earth.. http://www.interiordesignersbangalore.com/" as of natural materials http://www.interiordesignersinbangalore.com with almost modern concepts using A few quick ways to reduce your personal carbon footprint: employ eco-friendly methods of travel, eat, minimize use of plastic products and save electricity, water, paper and use of non-toxic alternatives http://www.architectsbangalore.com Carbon Footprint is a measure of the impact human activities have on the environment in terms of the amount of greenhouse gases produced, measured ternds as
May 26, 2009 at 12:42 PM