Without any kind of orders from government, urbanization was happening in our country at a frentic pace. Our cities doesn’t have more space or proper infrastructure to accommodate people who are kept pouring in. Due to the huge number no. of peoples, the no. of vehicles is also increased which results in traffic congestion. As already the traffic in cities increased to alarming levels and with the no. of vehicles and people is only going to increase in the coming years Government of India has launched National Urban Renewal Mission to analyse and bring about improvement in urban infrastructure. Now the NURM has came up with the National Urban Transport Policy keeping the growing population in mind.

As per the report 30% of the total population of India is in urban areas now and it is expected to grow to 60% with the economic growth. In 2001, the urban population is 285 million and it is expected to grow to 473 million in 2021 and 820 million in 2051. So its very much important to take measures not for the present scenario but with keeping an eye on the future numbers.

While the population is increased by 1.9 times, the vehicles are increased by 7.75 times from 1981 to 2001 and the rate at which our people have bought vehicles during the past 10 years, we can assume the cause of all of our problems on the road. I have seen Anna Salai one of the most frequently used roads in Chennai for more than 10 years, there is no change in breadth of the roads but the no. of vehicles just doubled and tripled and I am sure it is not going to reduce in near future by any rise in fuel prices. With the increase in the no. of vehicles it’s almost conclusive that accident also increased so as the air and noise pollution.

Objectives:
The objective of this policy is to ensure the safe, quick, affordable, reliable and easy access to jobs, educational institutions, residents and recreation activities so that the no. of man hours will be saved.
Let us see what the current scenario is and how the objectives can be fulfilled:

Present Scenario:
Proposals and Solutions:
For example, in Chennai, MTC (Metropolitan Transport Corporation) and Southern Railways has opened a bus bay inside the Tambaram railway station that would benefit the train commuters. This move has been a huge relief for the passengers and it reduces the traffic chaos in GST (Grand Southern Trunk) road. Read about this here.

Safety of the users: 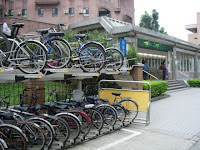 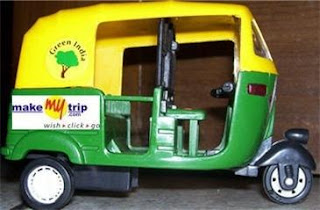 
This is another important proposal which affect the individual motor vehicle owners in a big way. 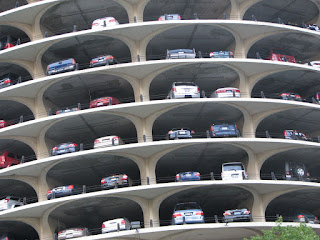 
From my view, this policy has more useful things which will benefit both the people and environment. I consider the increase in the usage of cycles and the implementation of integrated transport systems as the very important aspects of the policy. But it requires lot of work to envision it and we can believe that our government has chosen a right path by forming the National Urban Renewal Commission to develop the urban areas.


The only thing which may get some brick bats is the parking fee charge. But I feel if the standards of public transport were increased means people will refrain from using their personal vehicles. If the above said things were implemented means we can say our cities are on par with any another city in the world. Along with the above proposals, if the government shows the interest in growing the trees along the sides of the roads means the cities will be more greener and there is no need say about their helpfulness in keeping the air clean.
Labels: Guest Posts Society

Si_Lee said…
JNNURM ... the full thing .. My work deals with something similar
here see this small 3 minute video I made on why india needs new cities .. it just highlights the problems

Tushar Mangl said…
wow, quite an informative article.
And how comprehensive this is.
February 3, 2009 at 11:38 AM

To cross a chasm, u need a mighty leap. We have quite some way to go before making that leap...

Thats really nice to hear... thanks for link..
No flash player here.. will watch it later.

Anonymous said…
Wow Kanagu excellent article! U have posted a much detailed version of what I wanted to say! Great to see you rising high! My best wishes for everything you do!

Anonymous said…
Indeed an interesting and exhaustive article Kanagu..I could not hvae evr write anything like this with so much effort..Kudos and thank you for the load of information..Now i need hours to process this in my small brain ;-)

kanagu said…
@Sahaja Thank you very much for appreciation and wishes. I am really feel happy and honored. And those info are from the pdf and I have provided the points that concerns us. @Nimmy Thanks a lot Nimmy. I always amazed by your posts and you are better blogger than me. Keep writing :-)
February 4, 2009 at 11:24 PM

Anonymous said…
nice article upon pollution issue..... i had found more information about basic of pollution issue but this is not sufficient. If you know more please explain.
February 7, 2009 at 12:13 PM

Anonymous said…
I recently came across your blog and have been reading along. I thought I would leave my first comment. I don't know what to say except that I have enjoyed reading. Nice blog. I will keep visiting this blog very often.