Confession Of A 'Carefree' Soul

She has been waiting for her son from the time she saw this pretty girl in last navrathri puja,whose family fortunately turned out to be one of acquaintance of her. ‘She is a perfect match for raul’, she thought. Sheela is a very heretic, quiescent kind of women, who brought up her son with lot of love and prudent manner after her husband expired.. From that time, she had been working as a math’s teacher at St.Teresa Model School. She believed, this time which seemed interminable is going to end, once her son brings her, a daughter in law. In a country like India, parents especially women build this thing of seeing their children getting married soon and dream of seeing grand children playing in around home. Sheela belonged to such cohorts.
He arrived at the door, when she was done with making rosogolla,roshoboti,mishti and many eatables and arranging them at the dining table for him. The fog of excitement that had hung over the house from last few days at last dissipated quickly after looking at her son. He settled very quickly & made her mother feel satisfied about him. He knew that his mother would start about his marriage anytime and this is the right time to say his mind, after all everything hinged on the outcome of this conversation that’s going to come. He hoped highly, she would understand him rather than terming it as an act of felony. The happiness of her was sacrosanct to him but he didn’t have any other choice.He changed his clothes, after having a shower and came downstairs to the kitchen via hall room.
“maa… “He called her standing at the kitchen entrance.
“Hmmm…” She responded, not looking at him, continuing the cleaning of utensils.
“I need to talk to you… “
He waited for her to turn, in order to let her know how worrying and important this thing is to talk about.
“Even I need to talk to you about lot of things…. Let me complete this..i will be right there”
“Ok” He turned towards the hall.
He waited for her arrival, for exact 2 mins 56 seconds. He wasn’t keeping the track of time, but time wasn’t passing at its usual speed. Then she was there, sitting next to him.She forwarded the photo she carried in her hand and said in an almost loquacious tone “she is preethi, age 23, had completed her degree in commerce and works as a financial consultant. Her father manages his export-import business in Kolkata. I have verified, they belong to a nice family. Isn’t she pretty?“
He responded, raising his head, without a glance at the girl’s photo.
“Yeah ...She is….”
“So shall I proceed with it? “
“But…”“But what? You don’t like her..?”
“No! I mean it’s not about her “
“Then what is it about? “
She looked at him with one of her usual alarming looks. It’s been 2 years she had been cribbing in front of him, to get married. He had been postponing his marriage for various reasons which she never digested till day.
“How should I frame it maa...” He was prepared for it, but the generation gap, the topic’s typicality and its filthy nature in the society, His mother’s reaction that’s going to come fractioned his will in some way, He continued“ Maa… I don’t want to marry anyone. I am not interested in marriage.”
“Why not? Please raul don’t talk like this.. I am not able to understand what‘s worrying you so much. Everyone gets married; I don’t know why you don’t want to marry”
“Maa. I cannot ruin a girl’s life by marrying her. I simply cannot spoil so many lives.” He gave her the sealed envelope with a letter which he wrote sitting at his study table in Delhi before leaving for kolkatta. He knew that he might fail to tell her verbally what he had planned to, hence he thought to write a letter confessing to her mother of his being gay.She read the letter with complete silence. He explained to her that he realized his being like that when he was 16. He tried to avoid, as it seemed to be not-a-normal thing initially. As years went by, it turned out to be a bitter truth. He Said, he can marry a girl, if she wishes him to, but he also warned her that he cannot guarantee about the girl’s happiness whom he would marry and he requested her not to expect happiness from him who would be giving his only physical presence to it. He said that he is in love with a guy udaykiran who lives in delhi and he cannot think of living his life without him. He apologized for the abashment caused and asked her to forgive me if she can.
She left to her bedroom in a despondent mood. After she left without uttering a word, he sat there pummeling his right thigh and then everything that he came across. He wanted to be relentless and that is what seemed fairer to him, no matter how exacerbated his life becomes after all this. He didn’t want to sound agitated but devising a new way which is circumvalent too was difficult, especially in front of her mother. He wished his mother would understand him and he could live his life happily with his love, if she permitted him. 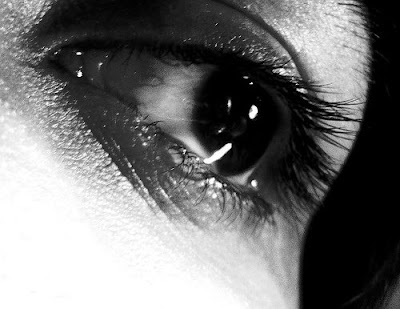 Kolkatta, 21st March: Last night a 48 years old lady and her 27 year old son committed suicide. Reasons are unidentified. Police says the deceased, hanged herself after reading a letter which they suppose, and was delivered in the evening. As the letter was burned, they couldn’t verify the reasons. They also said the man committed suicide consuming pesticides and was found dead in the kitchen. They found a suicidal note in his hands which police officers are denying to talk about except that fact that it was a love thing.

G said…
Wow..that was such a serious topic..and i loved the story. Small things and incidents can change everything in one's life..and also the lives of ppl around the person himself!
Homosexualty is such a big thing..but i think in india..its hyped up too much. People are so not accustomed to it that they think its a sin or something! What we need to realize is its a genetic reason..no one chooses to be what they are sometimes! And its NOT a bad thing at all!
I guess its going to be a while..a good long while..before indian society accepts the fact that its OKAY TO BE GAY/LESBIAN!! Everyone has the right to love everyone else!... rather ANYONE..a boy or a girl!.. In the end what should matter is the person is happy!

Ielfphil Raven said…
To break through conservative barriers and orthodox shells, is going to be difficult. The more accepting and adaptable will find this issue as one that really isn't an issue, rather a fact. There's really no concrete reason that stands against homosexuality, it's just the mental stained glass wall that colors their view on it. Eye-opening post, very well put.
July 13, 2009 at 8:48 PM