The political colours of SBI - State Bank of India

Everyday, as I head to my office, I have to cross a busy chowk in the area called Ishmeet Chowk. It has among many other commercial establishments an ATM of State Bank of India. But I have been in for a surprise, for past many days, on a hoarding by Youth Congress just above the ATM. Moreover, the hoarding is clearly endorsed by the bank ATM as shown in the photos below. 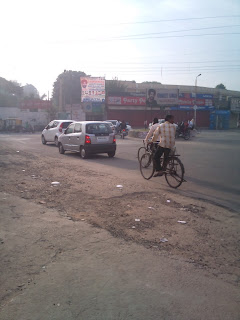 State Bank is one of the largest banks in the country. We have an act in the Parliament for its functioning. How, I wonder, do we allow such large public institutions, that have several lakhs of shareholders to adopt political sides? Is it really appropriate? While local authorities like the Municipal Council are always in news for giving publicity leeway to politicians, large public organizations to enter this line of sycophancy is rare. 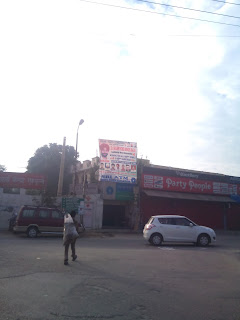 Of course one may say that the bank had no knowledge of this. But then, if you look at the hoarding carefully, SBI ATM with the bank logo has been clearly incorporated in the advertisement. Is it possible that, whoever placed that hoarding was very overconfident that the bank would approve of this? Or is it a fact, that the bank has already decided, as to whose side it is going to take in the upcoming assembly elections in the Punjab state? 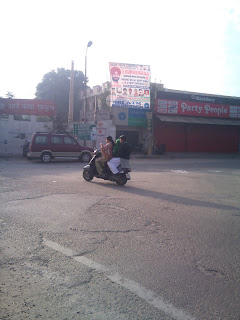 Also, senior officers would also be monitoring the working of an ATM, apart from the security that is provided to the machine. How can you simply, put up a board without the officials noticing it? Especially their own Bank's logo?

Of course, I have noticed just one such hoarding. Are there more such joint advertisement plans?Any answers anyone?