Our society is breaking up into tiny isolated fragments where people are more comfortable in silos (read small homes in gated, locked neighborhoods) and their own ideologies. Bullying and rise in bullying incidents don't come as a surprise as individuals pass down a self-centered or me first kind of attitude to their children.

Nazia Erum in her debut book goes beyond the bullying lines to expose a much deeper malaise. Bullying or undermining people on the basis of their religion. And it is really a matter of concern that this is happening to kids at a very young age and in cosmopolitan cities and big schools. Also, how schools are seldom taking this problem head-on. 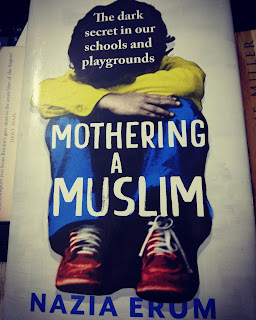 In my school, we hardly had any person practicing Muslim faith, so personally, I have had no friends or acquaintances who are Muslims. But to see that people are choosing not to become friends with someone just because he or she is a Muslim is going to be disastrous for our country. Segregation in schools, like Urdu & Sanskrit (Muslims will be inclined to study Urdu so different section in school and another for Sanskrit studying Hindu kids), is such an outdated mode of education.

The book is quite rich in research, as Nazia has focused her research on well to do, middle-class families and not restricted herself to the traditional, stereotyped Muslim neighborhoods and colonies. She has talked to 118 families to understand and explore not only what young Muslims are facing these days, but also how situation earlier was. Being called a Paki, or a terrorist or a bomb maker does no good to the psyche of any kid. And if kids are generalizing people like that, I personally think, we are building a stupid youth. For if you let your children grow up hating a religion or discriminating like this, what good they are going to do for the society?

I am also reminded here of an affluent and well-known blogger, who is a Muslim, and often receives a lot of hate messages and rants. It's sad, for not the messages but for the society, to judge her or comment on her on basis of her religion than on her work. Now reading this book, I am not surprised as this is how we are making ourselves to be.

The book also brings out an honest view of how Muslims are also treating Muslims. The Saudi influence is really a matter of concern, and I am glad that Nazia has touched this topic in her book. Radical Islam is taking over at a rapid pace in India with a deep pocket backing of Saudi petrodollars.

The book also touches upon the BJP influence but I am surprised that the Indian National Congress which has ruled our country for most of its post Independence years has no mention in the book.  I am sure the policies of those governments would also have had bearings on how the situation stands today.

This book is written by a mother but it is not a parenting book. It's for all of us. To introspect as a society that what kind of present and future are we building up.