Another Women's day is here. International Women's day I must rather say.. Celebrated to honour women all across the planet.

But my question is does the world ‘International’ exclude India?

They treat women like a piece of @%#$ and celebrate women's day to cover that all up. They will stand up and bow to the women power on March 8 every year to justify the rest 364 days of the year.

The gentry of the society will hold seminars, award functions to show respect to women liberation, honour their achievements and celebrate their abilities.
As soon as this day passes, things get back to normal.

Indians are big time hypocrites. Their mythology, their culture tells them to treat women like goddess- they worship young girls in the days of Navratri, and as soon as it is over, they do not hesitate to kill their unborn and even born baby girls in the greed of a son who would lead them to Moksha. How justified is it to kill a living being in the desire of a state beyond your own life which none has seen?? How could they have the guts to abandon a new born baby in the trash bins to let them be scratched by strays?

Girls do not get an education as their parents think it will be useless for them. At times they are deprived of education to help the parents bring up their younger siblings or just because they can work as maids and earn an extra bite.

As per the culture, they have to treat their women- their daughters in law, wives as goddess Lakshmi that symbolises wealth and prosperity but they do not fear while beating them up for not bringing the cash and kind in- from their parents as in dowry. They are not afraid to burn them alive, to hang them to ceiling fans, to make them pop sleeping pills and what not.

The plight of widows is not hidden from anyone here. They are looked upon as inauspicious beings. They are deprived of basic amenities of life, be it food or bedding. 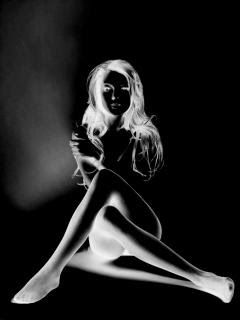 Prostitution is a social evil that has emerged from the desires of men in the dark of the night; in the day light, those same women are treated as untouchables who satisfy their needs. I wonder how do they provide their services without being touched.

I ask why the women in their own vicinity cannot breathe free. Why do have to think before stepping out of their homes? Why do they have to bother about eve teasing? Why cannot they wear apparels of their choice? Why are they treated as an object of lust and not as a human being?

Rape victims in our country as treated as if the accident caused to them was their own mistake.
Coming on to those big names, who think of themselves as the contractors of religion and culture. Who has given them an authority to touch another woman who is none of their concern in the first place let alone beating them up?

I fail to understand this funda, that in a country with such hollow society, one section celebrates the women’s day..

Netika Lumb said…
I second that..
I can't fathom the reason why are we treated like objects? I mean, why do some fanatics think they have all and any right to exercise on us.
In a relationship as sacrosanct like marrige also, compromises is all what you demand from the woman; that too in a taken for granted manner.
I wonder where does the daughter , mother, wife, Daugter in law go, who after fulfilling all her "duties", gets some flak for not obliging to some sickening rituals and rules of this hibernated society which doesn't FEEL the need to change. Ofcourse, it can advocate very well. But advocate what, is the question?
March 7, 2009 at 8:52 PM

Si_Lee said…
whoa ...
ok do you know what the plight of women in other countries is ??? I guess not .. I have interacted with women across the world and believe me . be it the US of A or Brazil or france what you have stated in terms of women oppression exists ... so I would hold back on the india bashing and discuss the real issue there which is inequality tht exists in the society .. As far as Indian society goes .. well its not very different .. am not contradicting your views but just bringin to attention a few things ..
1) it is not that specific to India . it is common ..
2) Things are improving with each passing day .. maybe slowly but they are .. maybe not in all aspects but in many they are .
and we don't need to be sarcastic abt woman's day .. nor do we need to add such a sordid tone to it even if majority in the society are hypocrites .. if we say it lets say it because we mean it .. and
Please leave some indication as to what your name is ...
March 7, 2009 at 11:11 PM

Tushar Mangl said…
And jahan jahan India main females ko freedom and independence mil ri, look at how they are abusing it.
Also, all those who oppress women,
also were born to a woman
and in most cases were brought up and raise by women
March 7, 2009 at 11:43 PM

shaista dhanda said…
see richa honestly i feel u have presented the dark and bleak picture in front of r eyes. i'l say you yourself have the courage to speak wat u feel being a girl..
we have the independence, its not that we r moving towards failure..
we r progressing..and that is a fact.the % of women working as professionals..living life on their own terms..everything is rising. so i think we should just work together[men and women] to celebrate the dy..women's day or even we can have men's day..y not?
i think we should talk more about women on the ivory tower n just u know..say we have the power..
woman is the mother, daughter n wife..we r a part of everyone's life ..infact everyone is a part of r lives!
March 8, 2009 at 12:04 AM

Sushant said…
"During the 2005 earthquake, male students of the Frontier Medical College were stopped by religious fanatics - their elders - from saving girls from the rubble of their school building. The girls were allowed to die rather than be "polluted" by the male touch." -- Taken from an Article on Pakistan by M. J. Akbar, appearing in Sunday Times, TOI.

What you have described in your article is every country's problem. To us it seems that it exists only in India because that is right in front of our faces but in fact and unfortunately these problems exist even in all the countries.

TOI conducted a survey and declared the results in its paper and i was shocked to see that 53% women think that their husbands/parents should decide what they can/can't do for evening entertainment. If women can not take charge of these small things in their own lives then i really don't see how they will ever become empowered!!

very sad for many though...

I honestly feel that more than men oppressing women ..it is women itself who play a major part in oppressing other women..
well its true..all these days appear as a cover up for the problems and oppressions women face..a good point to make..but sad that it has to be..
But I have often noticed that women who accept things as it is often support a male dominated society and others like the so called modern woman supports a female dominated soc.
but its not really like that its actually all complementary that is what both the sides fail to understand...
I hope some people have the sense to recognize that.
March 8, 2009 at 8:32 PM

Tan said…
Well, things are to be brought in front ... that was a good way to tell the least!! This reminded me of the following song: