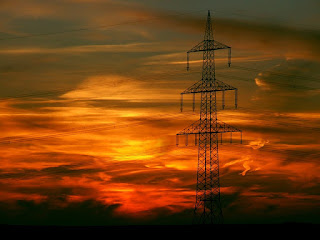 Electricity plays a major role in any elections in India. Not surprisingly therefore, when facing prospect of defeat in elections, last time when Congress was in power in Punjab, it decided to offer free electricity to farmers. But the gimmick did not work as expected and the Congress lost the elections. The Akali - BJP combine came into power, promising better power scenario to Punjab populace.

Again things never went as per plans. The idea was to make Punjab a power surplus state. A noble idea and the strategy was good too. As power shortage was severe, the government took steps to set up massive thermal power plants with private players in the driving seat. This idea could work as the government itself had little money and power for industries or home use.

Then, the sorry tale of land acquisition started. Villagers refused to part land. Simultaneously the coal scam rocked the nation and rocked the boat for grand power plans of Punjab. Which also envisaged exporting surplus power to neighboring Pakistan and other Indian states.

The government had grand plans for transmission too. For the first time perhaps, in Punjab effort was made to remove electricity poles and lay down cables underground. This, it was reasoned to widen roads and prevent malfunctions due to adverse weather conditions. Also efforts were made to overhaul the transmission system in key cities of Punjab. Private sector companies were invited and paid handsomely to do a job that was done in most inconvenient way as possible. The private contractors did more harm than gain and needless to say that the scheme backfired.

So when elections come in a years time, it would be interesting to see how perception of people has been influenced viz a viz the power situation. The only silver lining so far is that the ongoing recession in industry has reduced demand of power across the state.