Amavas Se Amaltas - A play about relationships and love

Sunday evening I went to watch a play at the India Habitat Center's Stein Auditorium.  It was an inspirational performance and left you with a deja vu. I also loved the name of the play as Amaltas is such a pretty sight to watch in its full bloom.

The play produced by Aganpakhee and Sakshi and presented by Aartwo Entertainment focused on raising children in extraordinary circumstances. It looks beyond the usual mother-son, mother-daughter relationship and explores the theme of mortality. I think this was the second performance of the play as the first time the show was featured, it was at Gurgaon's Epicentre. 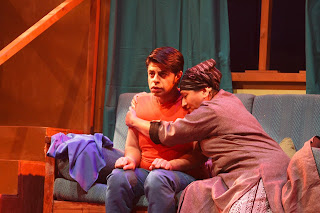 Sprinkled with humor, the play lets you on to the life of a retired judge and her children, whom she has adopted and not born herself. The conflict she faces when her daughter asks her to make a difficult choice. It is also well portrayed and so well crafted that the play moves you, stirs your soul. 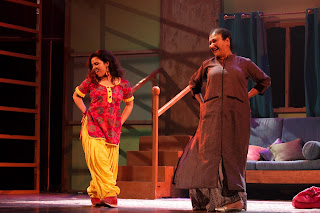 However, I liked the fact that they ended it with a happy song. The cast came down from the stage and encouraged the audience to sway to the rhythms of the music they played to celebrate the zest of life.

The cast included  Jayati Bhatia, a veteran television artist who played the role of a retired juvenile justice judge, Shikha.  Ankita Bhargava played the character of Sonali who is a corporate lawyer and someone who did not follow her mother's footsteps for social upliftment.Ssumier Pasricha played rather well I must say the difficult role of Jai, the autistic son with a remarkable memory. Chitrashi Rawat enters this family as Khushi, a 16-year-old sex worker who was married off as a kid to a much older man for money. This tumbles up the emotions and truths at Shikha's home..