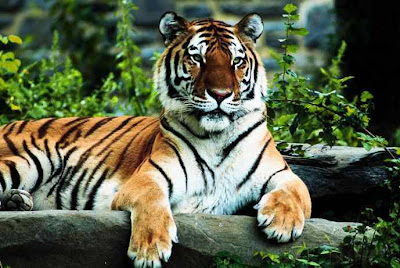 The country started the last century with a count of over 40,000 tigers spread all over. Now, after a hundred years, as human population rose in multiples extensively, the population of tigers has fallen down and the count as of today is mere 1411 – a shocking number! And I am afraid that the tiger populace may be falling further as I am writing this.

It is time that we stand up to the cause of saving the tiger – our national animal. Yes! Its time we do something. It is not only the duty of the government or the NGOs working towards establishment and sustentation of a poacher free country to bring back the tiger population. It is our job too – the mass; the common man; you and I can make a difference. If we realize the loss we will incur by expunge of tigers from our country and if we want to prevent that from happening, we need to take the oath ourselves, stand up and contribute. This is the time when we are needed and this is the time we can show that we care.

The situation is same outside India too and the world is feeling the need to act together and save the species. Different initiatives are on all over the world to save the tiger. India is fighting back too. It is just that we need to plunge into the movement and save our tigers ourselves, before they too, go extinct. The last of the Bali tigers was killed in 1937. The Caspian tiger was declared extinct after 1950. Javan tigers were not seen after 1972. The South China tiger is almost extinct now. The Royal Bengal Tiger, would soon also be extinct, if the poachers of Sundarban are not stopped. A major part of Sundarban has now been converted for human dwelling, decreasing the tiger habitat in turn.

The two major reasons for depletion in the tiger numbers are poaching and loss of natural habitat. With increasing human population and in a quest for more and more living area, we are converting natural tiger habitats to human residences – knowingly or unknowingly. Here is the need to spread the thought and educate the people who live in and around the natural reserves for tigers about the necessity. Cutting down of trees for paper and furniture and molesting the forest environment bringing up sky-scrapers also cause diminution of natural habitat of tigers (and for any wild animal for that matter) in turn provoking more and more reduction in the overall population.

Tigers are poached and killed for different parts of their body. It is illegal to use animal fur or any other part of animal bodies in many countries around the world. However, the demand for the same in the black market is high. Different parts of tiger body, ranging from the corpus, skin and nails to their teeth are in high demand in the illegal poacher market where these items are sold for millions of bucks. This is the reason, poachers and dacoits tend to kill tigers and get some easy money in return – the irreversible extinction of the animal from the planet is not what they would cry or mere think twice for.

This has to STOP!

And this has to stop immediately. The government has been trying hard to save the tiger but as we can see around us, it is not enough. We need to stand by the organizations that are working day and night towards saving the tigers and other near-extinct animals of the world and our countries. We have taken much from the wild and it is time we should return a bit back to them. If not, it will not be surprising if our children read William Blake and ask us what he was talking about. We only see a Dodo in clippings of Ice-Age; we only see a Kiwi on cover of shoe polish. Let this not be the only destination of our beloved, respected and feared tigers. Let’s hold hands and let’s stand up. We can make a difference and stop the downfall of tiger dynasty only if we stand together. Let’s roar – let the spirit be heard – let the tiger live for ages to come! Let us take a pledge and work towards saving the tiger – our national animal!

The Tiger - a poem by William Blake

The above list is not exhaustive; but sadly, the tiger population may exhaust in no time, if we do not SAVE the TIGER NOW!