The Wall Street Journal, journalist John Carreyrou has chronicled in this book the rise and fall of Theranos, a Unicorn which never actually was. 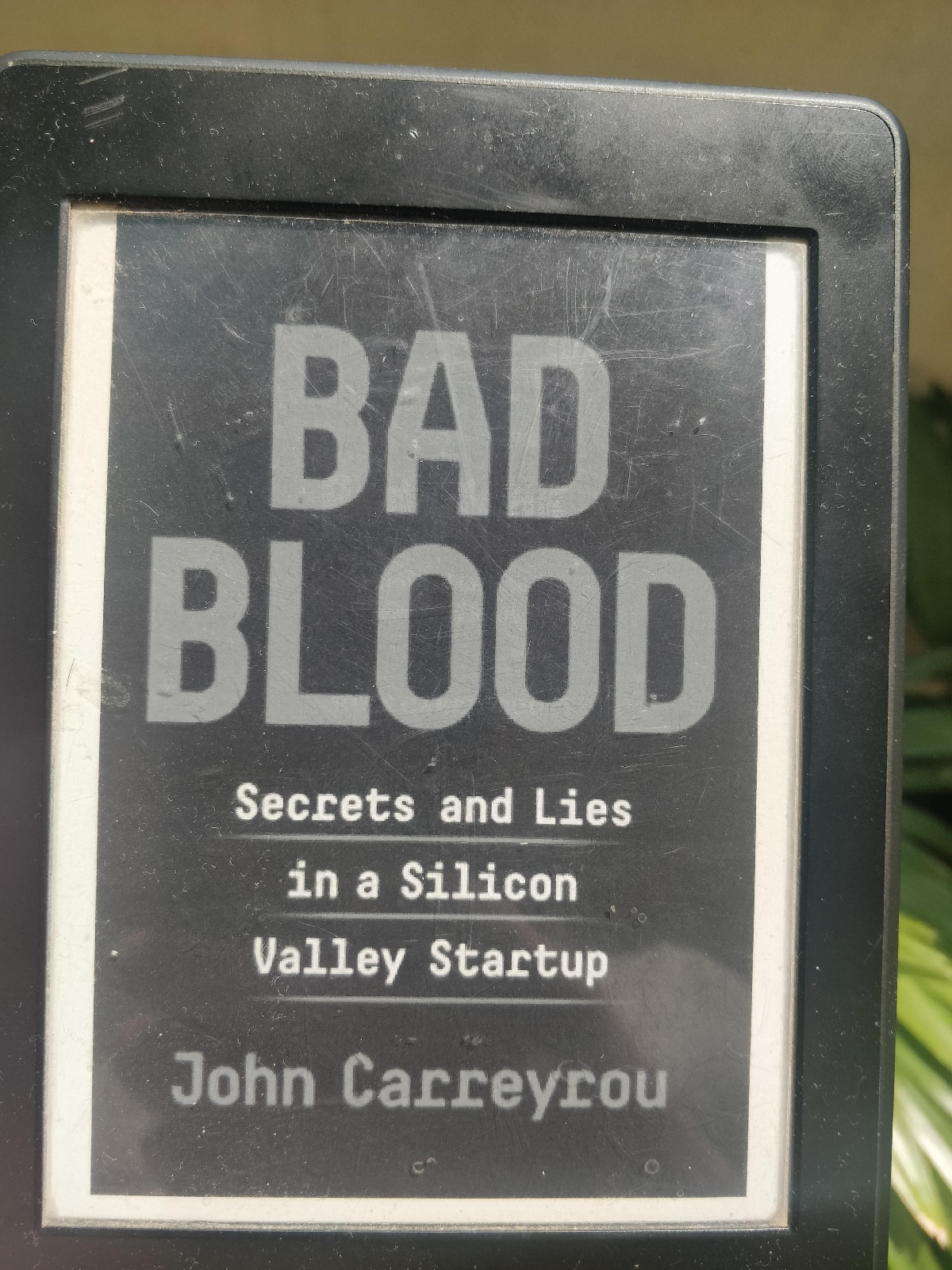 Founded by Elizabeth Holmes, who was later joined by Sunny Balwani, the company had a golden run with a promise of easy, portable, and convenient blood testing mechanism. But as later, the investigative journalist would find out the technology didn't really work.

The reporting is exhaustive and thorough. Carreyrou hasn't relied on one or two sources but offered several corroborations to the points raised in the book. On a larger scale, such books are important for its not always about Theranos.

In India, particularly, start-up founders and entrepreneurs often fall to this lure of fundraising without perfecting their product.  So many companies raise so much capital without anyone knowing how the cash flow will happen.

Equally problematic is the treatment of staff by the Board of a company. Theranos had a very high turnover rate, and still, the Board chose to be silent about it. Because Boardrooms usually don't care about the staff attrition. This is a dangerous trend around the World. In the case of Theranos, had the Board stopped to wonder why the company is becoming a revolving door, perhaps they would have realized the problems plaguing the company. But they were enamored by the CEO and hung on to every word she said.

The book also, through the story of Theranos, opens up the larger question of corporate whistleblowers. At the risk of their careers, can employees in private enterprises really speak up? Especially with the might of an organization and insecure colleagues out with knives at your throat?

This is where the business eco-systems suffer the most. There is so much focus on Govt. corruption that no one educates themselves on corporate fraud. Employees in such companies just move on to better-paying jobs. They are shutting their mouths up for final settlements, smoother transitions to other jobs, and a host of different reasons.

A good book to read for anyone working in a private enterprise or wants to know how companies these days are being run. Especially the start-ups.