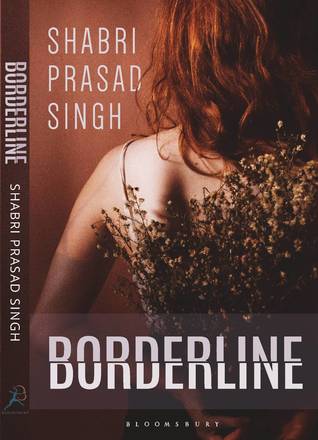 Borderline personality disorder has been the theme of many books but Shabri Prasad Singh brings out a fresh perspective to it with an intriguing story, mostly based on reality.  It is a woman's emotional journey through the borderline disorder and the emotional upheaval it causes.

Borderline is about life of Amrita Srivastava. It is the journey of her mentality, her being and her soul. The book begins with Amrita's backdrop, her birth and family history. It shows the basic settings of a tender close knit family and how the family breaks apart due to a terrible divorce which impacts Amrita mentally.

Thereon Amrita is fully reliant on her father and she worships him. Upon moving to America for further studies Amrita falls in love, due to her dependence and growing insecurities, the relationship does not work. Amrita comes to India on a holiday only to find her father dead the next morning. This turn of life shatters her everlastingly. She cannot move past her father's death, although her mother remarries, Amrita is hell bent on locating love which in turn makes her obsessed with the men that come in her life leading up to a mental crash.

When Amrita moves back to India she again gets close with another guy but it doesn’t last long. She is required to move into her mother’s home and she finds it difficult to make any connection with them. Amrita finds freedom and liberty when she gets involved with a married man who is called“Pink”, who is the only man who understands her mind and her wavering emotions.

When her best friend pens an awful book on her Amrita has another mental breakdown and goes to a psychiatrist who diagnoses her with Borderline Personality Disorder.

From here onward, Amrita tries to heal herself and goes to regular therapy. Things seem to look up but when she meets and forms a bond with another woman analyzed with the same disorder who ultimately commits suicide. Amrita becomes psychotic and is taken to a rehabilitation facility. When she comes back from rehab, Amrita has an internal stirring and she confronts her demons and her past by having an internal debate with herself. She reaches catharsis and she takes up writing as a vocation.
Labels: Books