An Indian village demands a feast from a father of a raped, impregnanted minor

Great things happen in India every day. Hidden in today's news in a convenient corner was a news which was appalling but not shocking at the same time. A village wants a feast from a father of a 9th class kid, who was raped by her headmaster.

We are talking about a village in Koraput district in Orissa so the story might not be up to your #metoo style taste. Nevertheless,  I got to tell it, and you should read it even though its not urban enough to cause a candle light outrage.

So the girl is a 9th class kid, raped by her headmaster. The administration of our democracy is for the people and by the people. After the father lodged a FIR saying that his daughter was both raped and impregnated by the school headmaster, the babus swung into action.

District welfare officer of Koraput Jagannath Soren has said that a report has found that it is a case of “illicit relationship” on the part of the headmaster and not that of sexual assault or rape.

Simple. Poor headmaster, I say. I mean, so what? He liked his student, student liked him perhaps and they had sex. Headmaster got naughty, that's it. Its okay with the District welfare officer and we as taxpayers will pay for his salary and a raise (Let's increase those taxes) for admitting such reports. Must have been a difficult job for him. 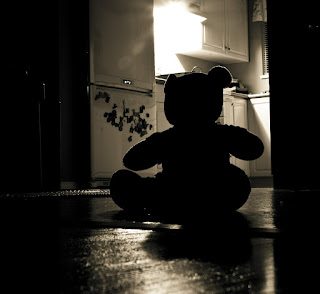 Our society is supporting the family. The village wants a purification feast worth INR 30,000 plus for everyone from the father. I mean, only in India we can celebrate rape and sexual assaults and feast over it. I fail to understand, why the father, a laborer is refusing the feast. People might come with gifts and their children will learn a lesson not to get raped. "Look at this feast, if you get raped tomorrow, we will have to organize a gala affair too." They might teach their kids this.

It's a decent concept too. See, the government knows that rapes do happen. Instead of focusing on the tiresome job of prevention, they have set a fixed rate card. A scheme with a fancy name Odisha Victim Compensation Scheme, 2017 has fixed rape compensation to INR 3 lacs. Like, you get raped and sexually assaulted, we will give you INR 3 lacs. However, here since the headmaster just got a little naughty, no compensation might be paid. So ideally their shouldn't be a party for the village folks. But they have socially boycott the family for not throwing a party over their child's rape.

The district welfare officer, is obviously correct when he says to the media “As there was no sexual assault, we can’t recommend financial assistance. The district collector may decide on that.”  Isn't it normal for children to have sexual escpades with their teachers or people in authority? The welfare of Koraput is in right hands I say.

Oh and did I tell you the girl is pregnant? Yeah. So good doctors and babus and the enlightened citizens of India have decided that girl should not go for abortion. She should give birth to the child and send the child to the school and pray that the child does not get naughty with another headmaster.

For this is what our society is best at. To pray!